Richard Gilewitz and Tim May

“At turns mesmerizing, playful, humorous, and wistful, Gilewitz is a master of moods when he speaks to audiences through his guitar. He’s always at the service of his inner voice, which has a sneaky way of connecting directly to the listener’s heart.”  –Creative Loafing Magazine, Tampa Bay FL

Guitarist extraordinaire Richard Gilewitz returns to the Palladium with Nashville’s renowned sideman Tim May for a two-guitar concert.

For nearly four decades, American fingerstyle wizard Richard Gilewitz has fascinated listeners with 6 and 12-string finger gymnastics while spinning enchanting yarns of a seasoned raconteur. His concert performances around the world spill over with unexpected turns of the funnies, thought-provoking takes on life on the road, and tunes that propel the audience on a magical journey of sight and sound. His signature playing style delivers a technical diversity of banjo style patterns and classical arpeggios with a rhythmic percussive approach, exploring the history of guitar with sounds of folk to Americana, the blues to the classical, ragtime to pop, and somewhere in between.In addition to his concert performances, his GillaCamp Guitar and Ukulele Workshops, Meet the Artist Seminars, Clinics, and Avenues for Success educational program for schools inspire players worldwide, providing opportunities for music lovers to work on their craft and young players to learn fingerstyle techniques and tips of the trade. 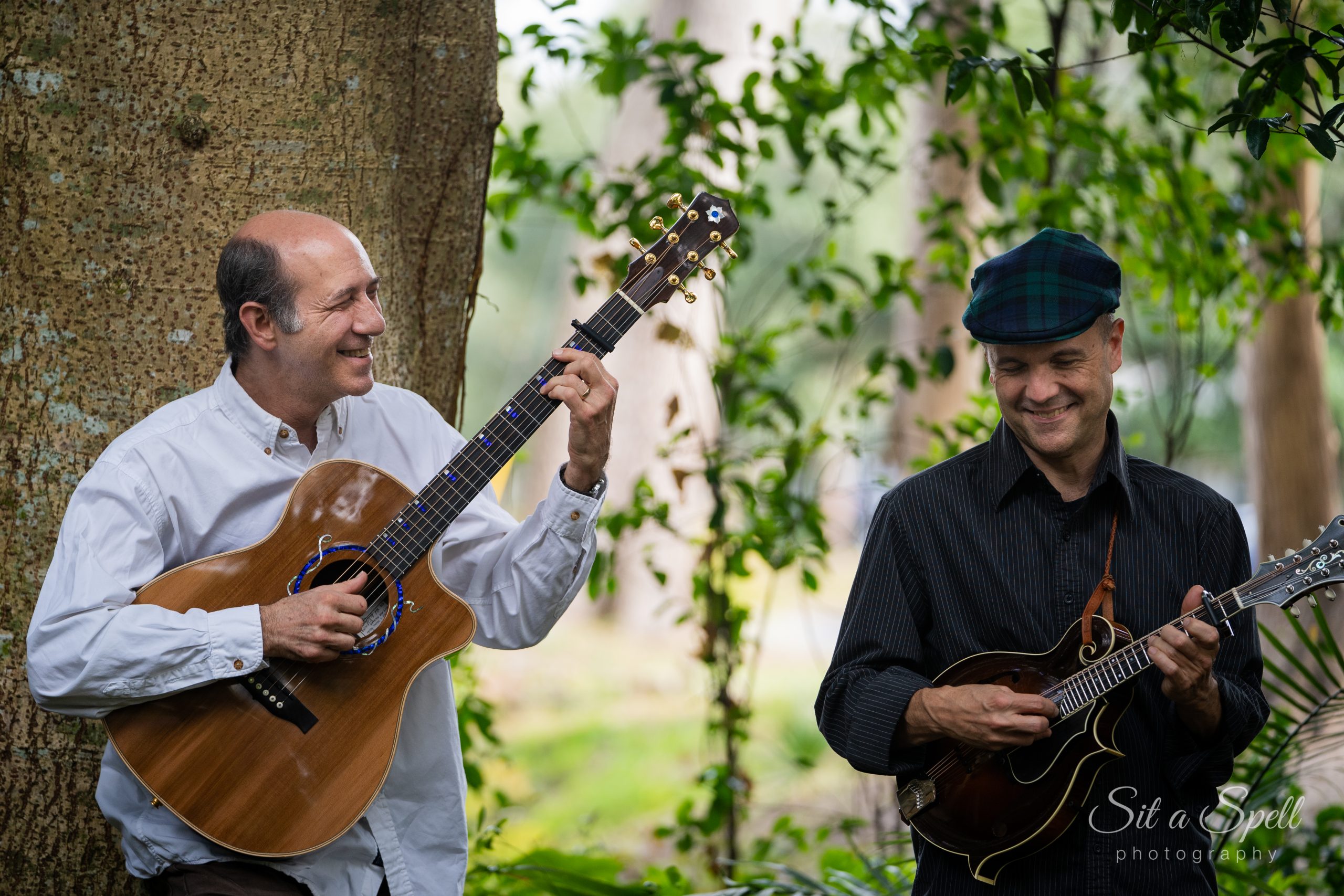 Richard Gilewitz and Tim May

Flatpicker Tim May has been working in the Nashville area for over 20 years as a sideman, session player, band member and performer. Higher profile projects have included touring with Patty Loveless and John Cowan, and working as a regular on the Grand Ole Opry with Mike Snider. Tim was the solo guitarist on Charlie Daniels’ recording of I’ll Fly Away, which was nominated for the Best Country Instrumental Performance Grammy in 2005, the same year he was session leader on the critically acclaimed Moody Bluegrass album (he later played on Moody Bluegrass II as well). The Nashville Scene selected Tim in the Best Instrumentalist category in their 2012 Reader’s Choice Poll. In 2017, Tim performed on the stage of the legendary Carnegie Hall in New York.