One City Chorus With Special Guests DIVERSITY: The Voices of Sarasota

TICKETS
General Admission: $20 in advance/$25 day of show.
Children 16 and under: FREE.

Doors open at 3pm for seating.

One City Chorus sings Songs of Hope, Justice, and Freedom with Special Guests DIVERSITY: The Voices of Sarasota.

One City Chorus was founded in the fall of 2016 with the belief that singing in a group builds community and leads to better understanding among people. The 100-voice chorus seeks to make the worls a better place by singing songs about social justice, civil rights, diversity, and equality. Their performances have been described as “joyous, uplifting, and beautifully sung” but Creative Loafing newspaper who honored them with a Best of the Bay Award for “Best Voices Raised Together in Song.” 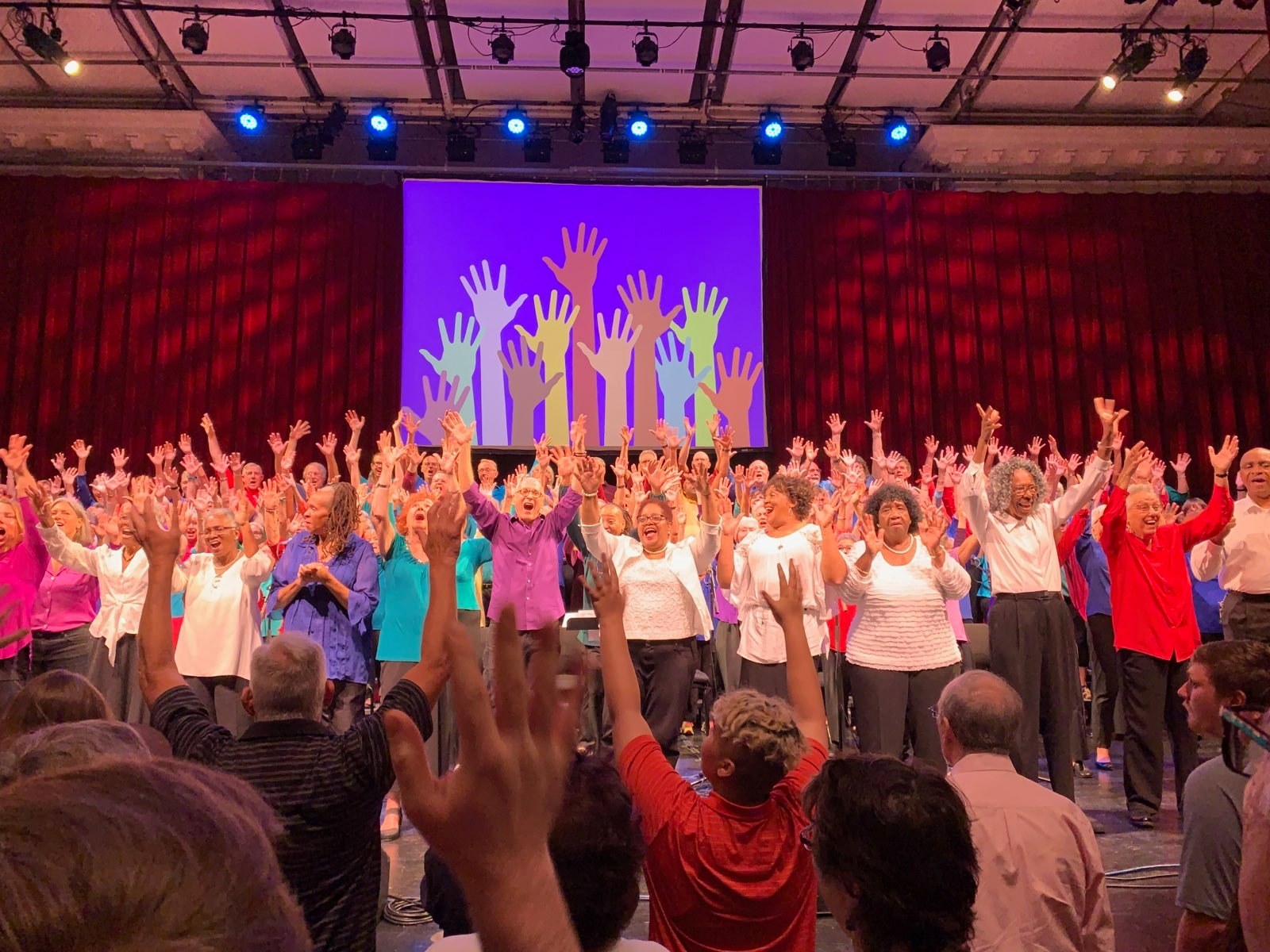 Presented by One City Chorus.

Jazz at the Ballroom presents Accentuate the Positive