Pretty World, the second full-length album from Daniela Soledade is a musical exploration of all the Love that surrounds us. Recorded in Rio de Janeiro, Pretty World features Daniela’s intimate and exquisite vocals with an organic and soulful production. The title track is a 1967 composition from pianist and composer Antonio Adolfo. A gifted songwriter, Daniela collaborated with Bossa Nova icon Roberto Menescal to compose Como É Gostoso Sonhar (It’s So Good To Dream). Legendary and brand new compositions from Daniela, father Paulinho and grandfather Paulo, and well-loved melodies from Michael Franks and Antonio Carlos Jobim round out the collection. 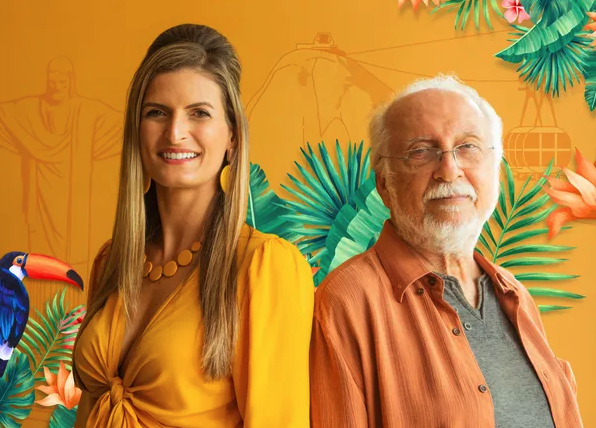 Roberto Menescal began his career as a professional musician playing with renowned artists such as Silvinha Telles, Elis Regina, and others. In the late fifties his composer career blossomed and together with artists such as Carlos Lyra, Tom Jobim and Ronaldo Bôscoli, he created Bossa Nova.

From then on, his guitar’s different beat became famous worldwide. Menescal helped to show Brazil around the world with some of his compositions such as “O Barquinho,” “Você,” “Nós e o Mar,” “Bye, Bye Brasil,” “Rio,” among other remarkable songs. While in the United States it was Jazz time and Brazil was exporting the Bossa Nova swing. In 1962 Menescal participated in the famous Carnegie Hall Bossa Nova Concert in New York together with renowned artists like João Gilberto, Tom Jobim, and Carlos Lyra.

In more than 50 years of career, Menescal has been producing extremely high-quality work. Besides being a great musician and guitar player – recording with important names such as Paul Winter, Toots Thielemans, and Herbie Mann – he has also directed and produced several artist’s albums – Gal Costa, Ivan Lins, Emilio Santiago, Leila Pinheiro.

From 1970 to 1985 Roberto Menescal was Arts Director at Polygram Records (Brazil), currently Universal Music, where he worked with some of the very important Brazilian artists like Maria Bethania, Caetano Veloso, Gilberto Gil, Erasmo Carlos, Zizi Possi, Fagner, Nara Leão, and others.

Currently, Menescal performs all around the world in tours and concerts alongside many artists. Besides playing the guitar he runs his own recording label, Albatroz Music, and launches new Bossa Nova artists and groups such as Andrea Amorim, Cris Delanno, and BossaCucaNova, in Brazil and abroad. 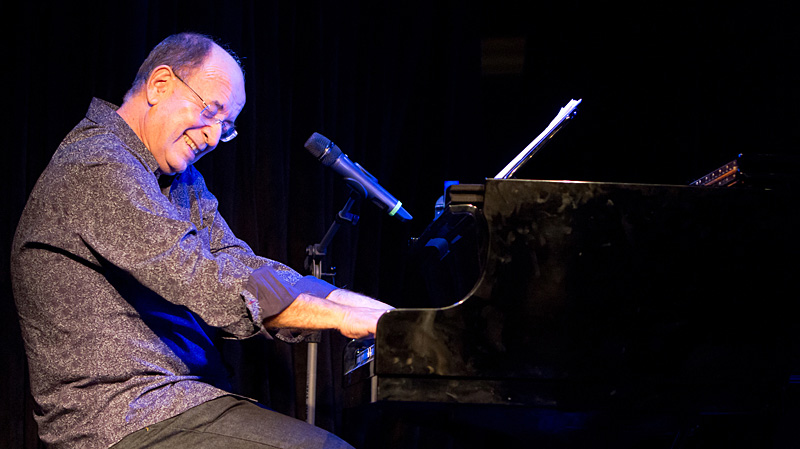 Pianist, arranger, producer and educator Antonio Adolfo grew up in a musical family in Rio de Janeiro (his mother was a violinist in the Brazilian Symphony Orchestra), and began his studies at the age of seven. At seventeen he was already a professional musician. His teachers include Eumir Deodato and the great Nadia Boulanger in Paris. During the 60’s he led his own trio that participated in several Bossa Nova and Jazz shows in Brazil and toured with singers Leny Andrade, Carlos Lyra, Flora Purim, Wilson Simonal, Elis Regina and Milton Nascimento. Adolfo wrote tunes such as Pretty World (original Brazilian title: Sa Marina) that gained great success and have been recorded by such artists as Sergio Mendes, Stevie Wonder, Herb Alpert, Earl Klugh, Dionne Warwick, and others. He won International Song Contests (Rio – Brazil and Athens – Greece) on two occasions.

As a musician, arranger, and record producer he has worked with some of the most representative Brazilian names, besides having released more than 25 albums under his name. As an educator, he has been teaching music, especially Brazilian music, throughout the world and has written several books (see list in the Educator’s section of this website). In 1985 Mr. Adolfo created his own school in Rio, Brazil, now with more than 1,300 students. His 2010 CD album, Lá e Cá/Here and There, follows the footsteps of 2007 live recording Antonio Adolfo e Carol Saboya Ao Vivo/ Live. In 2011 his CD Chora Baiao was released and became awarded by The Latin Jazz Corner. Antonio Adolfo’s recent CD “Finas Misturas”/Fine Mixtures has been acclaimed with great reviews and Jazz radio airplay. His CD Rio, Choro, Jazz…, as well as his piano solo album O Piano de Antonio Adolfo were nominated for the 2014 Latin Grammy Awards. In 2015, Adolfo had released a CD recorded in New York and Rio, with singer Carol Saboya and harmonicist/vibraphonist Hendrik Meurkes entitled Copa Village. In 2015 he was nominated in the Latin Grammy for his CD Tema, with only original compositions by him. In 2016, the great CD Tropical Infinito that was released in May, has also been nominated as Best Latin Jazz album for the 2016 Latin Grammy. And in 2017 and 2018, CD Hybrido – From Rio to Wayne Shorter was nominated both, Latin Grammy and Grammy, consecutively. In 2018, another album “Encontros – Orquestra Atlantica” has been release by Antonio Adolfo’s AAM Music, which was also recorded in Rio and is gaining great reviews and radio airplay, besides being nominated as Best Engineered album on 2019’s Latin Grammy. Recent releases include CD Samba Jazz Alley (2019), CD Vamos partir pro mundo, with Brazilian singer Leila Pinheiro and CD BruMa – Celebrating Milton Nascimento